Symptoms and features of treatment of acute prostatitis in men

Acute prostatitis is an inflammatory process in the prostate gland from which no man is protected. According to the reviews of experts, this ailment is detected in half of men of reproductive age. Acute prostatitis is an infectious lesion of the prostate gland, accompanied by edema and the formation of purulent foci in the organ. Some symptoms appear immediately, while others are detected only during diagnosis. What are the causes of the disease, how does it manifest itself and what treatment measures are taken?

Why does it arise?

The causes of the acute form of the disease in men lie in the infection of organs with gram-negative (E. coli, Proteus, Klebsiela and others) and gram-positive (streptococci, staphylococci) bacteria.

Acute bacterial prostatitis often develops as a result of urogenital infections that are transmitted through unprotected sexual intercourse, such as:

In addition, urethritis is often the cause of acute prostatitis: pathogenic bacteria enter through the prostate ducts that open in the wall of the urethra. Much less often, infection occurs when men develop acute cystitis, and bacteria from the bladder enter the prostate. There is also a hematogenous method of infection, in which pathogens are spread throughout the body through the bloodstream.

In addition to these reasons, there are others:

The causes are various, but they all contribute to the onset of acute prostatitis.

How does pathology manifest?

Symptoms generally depend on the stage of inflammation.

In the catarrhal stage, the following symptoms of acute prostatitis are observed:

On palpation, changes may not be detected or a slight enlargement of the prostate may be found. In men, this test causes minor pain. Symptoms of an acute type of prostatitis are also detected through tests. In the secret of the gland, an increased level of leukocytes is found, the presence of filaments of mucus and pus, and leukocytes also appear in urine. Timely treatment of a catarrhal type of prostatitis will allow a person to recover in a week and a half. 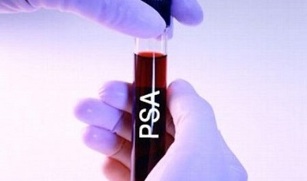 Acute follicular prostatitis has more intense symptoms. Men are concerned about pain in the perineal region, which is given to the sacral region, the anus. At this stage, the patient feels painful urination. The pain also leads to difficulty in defecation. The temperature rises to 37. 5-38 ° C.

Certain symptoms are detected and diagnosed. When probing, the doctor determines that the gland has increased and thickened, while it becomes asymmetric, when pressed, it causes sharp pain. The number of purulent filaments and leukocytes in the urine increases, they are deposited in the urine as a sediment. If adequate treatment is prescribed, the prognosis is favorable.

If the disease is left untreated, the next stage develops - parenchymal acute prostatitis. The symptoms of this form of the disease in men are as follows:

Symptoms of an acute type of prostatitis are more pronounced, for example, pains radiate to the rectal area, become pulsating. Sometimes the symptoms are complemented by edema of the pararectal tissues, in this case the rectal research method cannot be applied. An admixture of pus is observed in urine. Acute illness should be treated urgently, otherwise an abscess will develop. In the case when a weakly virulent pathogen enters the body, the symptoms practically do not appear, then they say that the patient has a subacute type of prostatitis.

How to be treated?

Men are interested in the question of how to treat acute prostatitis? According to experts, the treatment of acute prostatitis is based, first of all, on eliminating the causes of the disease. As a rule, drugs with antimicrobial action are used. Antibiotics are selected individually in each case based on the diagnostics performed. Taking antibiotics lasts until complete recovery. Such treatment, according to doctors' reviews, will allow to stop acute processes leading to the active reproduction of pathogenic microorganisms in the tissues of the infected organ of a man. Treatment of acute prostatitis should be comprehensive.

Not only antibiotics are used, but also other medications:

Preparations with analgesic and antispasmodic effects can relieve men from unpleasant painful sensations. A similar effect is exerted by suppositories for introduction into the anus with an anesthetic in the composition. Suppositories, as a rule, have antibacterial properties, gently acting directly on the cause of the disease - the pathogenic agent. At home, rectal suppositories with sea buckthorn oil, propolis, honey, as well as enemas with a warm decoction of herbs will help to cope with pain.

In order to normalize metabolic processes in the prostate gland in men and accelerate the regeneration of damaged tissues, a course of bioregulatory peptides is prescribed. Treatment also includes immunostimulants and modulators, non-steroidal anti-inflammatory drugs (tablets or injections), injection solutions, and vitamin complexes.

If antibiotics or NSAIDs do not cope with the infection, hormones are included in the treatment. 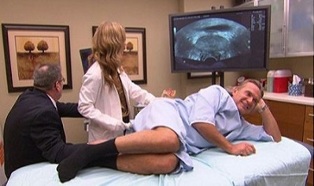 After the main symptoms of acute prostatitis have been eliminated, the treatment is supplemented by physiotherapy:

A good effect, as evidenced by patient reviews, is the treatment of prostatitis with phytopreparations.

These drugs are recommended for use at home for preventive purposes. Plant-based tablets can replace decoctions and infusions of medicinal herbs that are prepared at home.

With a significant delay in the outflow of urine in acute prostatitis, a catheter is not inserted; treatment is carried out by excision of the bladder wall - cystotomy.

If a prostate abscess is diagnosed, then the treatment is performed surgically, while the abscess is opened, the cavity is drained. In the acute form, bed rest is shown, as well as refusal of sexual relations, diet food.

As evidenced by the doctors' reviews, timely identification of the causes of the acute form of the disease and a competently conducted treatment process can cure the disease in a fairly short time.